Don’t worry because your prescriptions will continue uninterrupted. Please call or visit the pharmacy to request your refill.

The history of this store is a little unusual. Having not had a pharmacy in town since 1961, the town set the goal of finding people willing to open a much-needed pharmacy and to become part of their community. A building was renovated with this in mind. Super Thrifty was approached and the rest is history. The store was opened in 1997 and has served the community ever since.

Rocanville is a small town in Saskatchewan.  Rocanville is the site of the Nutrien potash mine and is the town’s largest employer. Nutrien is the largest producer of potash in the world.  Rocanville has the distinction of being the home of the world’s largest oil can, which was built to commemorate the Symons Oiler Factory, now a heritage site. This factory produced over one million oil cans during the Second World War.

Rocanville is a thriving community with a strong volunteer base. There are recreational facilities to ensure that no matter the sport, there’s something for everyone.  There’s a medical clinic as well as a dental clinic.

Super Thrifty is a annual supporter of the Rocanville Community Dial-A-Van providing affordable transportation to community members. Super Thrifty has also supported the building campaigns for the local daycare and Nutrien Community Hall. Various teams and community projects are supported by both donations and staff volunteers. 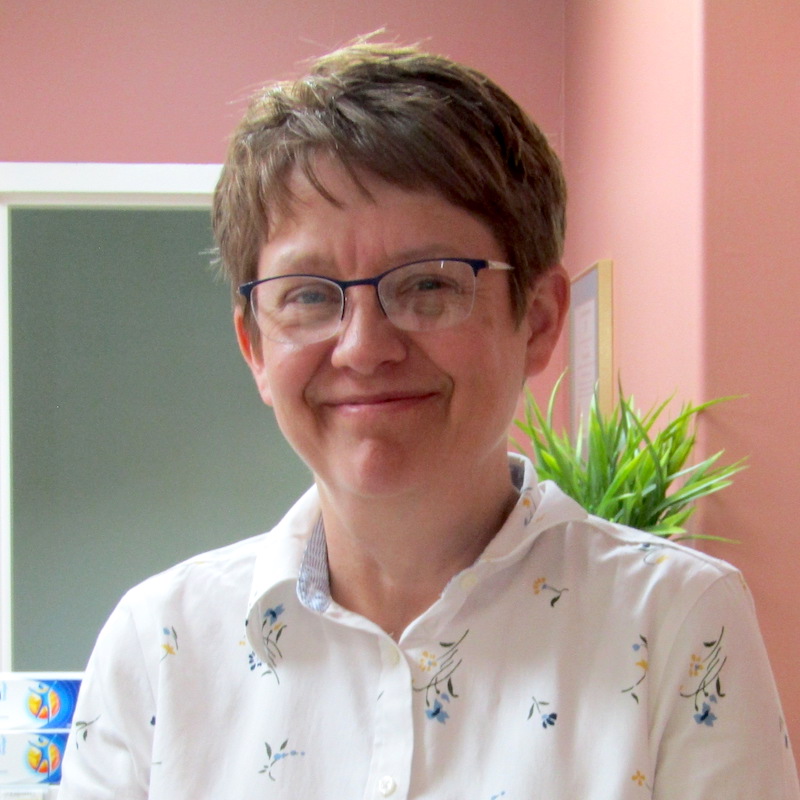 Traci graduated from the University of Saskatchewan, College of Pharmacy in 1991. Her first job was in Fort McMurray. After three years there, she moved to Manitoba to work for Super Thrifty in Virden. In 2001 an opportunity came along to manage the Super Thrifty Pharmacy in her home town of Rocanville, Saskatchewan. Traci, her husband and two daughters have called Rocanville home ever since.

During her career as a pharmacist, Traci has been very grateful that pharmacists have been given the authority to take on roles traditionally performed by doctors or nurses. Traci is certified to administer injections, to prescribe for minor ailments such as urinary tract infections, shingles and birth control. She is certified to counsel and to prescribe medication for smoking cessation. Traci has taken specialist training for conducting in-depth medication reviews. Traci hopes that these services will give people more access to health care and improve the well-being of all of the residents in her community.